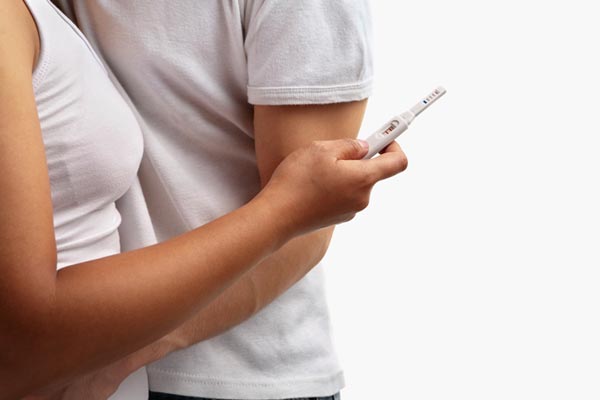 The decision of when a couple decides to start a family is a deeply personal one, and a host of professional and personal factors go into your family’s own ideal timetable. And even when a man and a woman agree that the time is right, there is no predicting how long the journey of trying to conceive might take. But as you weigh the pros and cons of starting a family, another prime consideration should be how the woman’s age affects her likelihood of getting pregnant. The chances of getting pregnant change with age, and to make an educated decision, a woman needs to know what to expect at 20, 30 and 40 years old.

Best Odds? Try Getting Pregnant in Your 20s

Women are waiting longer than ever before to try for a baby, often for excellent reasons, but the reproductive science and the body’s tendencies have not changed. Experts say that the average woman’s fertility peaks at the age of 24, because younger women’s eggs are more viable and less likely to have abnormalities. The incidence of health issues like fibroids and endometriosis are lower for women in their 20s, as is the risk of miscarriage. But even though a decade is a long time, your chances of getting pregnant are not necessarily better for a woman in her early 20s. The difference in fertility from the beginning of the decade to the end is negligible, doctors say, so someone who is 28 or 29 is truly still at their optimal child-bearing age.

With the 30s Comes Transition

Plenty of couples wait until after their 30th birthday to even start thinking about a family, and if they look around them they see many others who made a similar decision and had healthy babies, but there are biological drawbacks to waiting, especially if you start trying after the age of 35. Experts agree that the midpoint of that decade is the point where fertility falls off precipitously, and they warn couples – especially those who want more than one baby – that the quest will become more difficult as 30s inch toward 40s. Risks of miscarriage, ectopic pregnancies and other complications also increase after the age of 35, and doctors typically recommend more comprehensive screening for women who get pregnant past that age.

In the 40s Your Chances to Conceive Are Reduced

Despite the compelling reasons many couples have for starting baby-making after 40, statistics show that such a delay can lessen the chances of a viable pregnancy. Later pregnancies are more common than they used to be, but even with that trend would-be parents have to acknowledge the numbers. Fewer than one percent of women between the ages of 40 and 44 get pregnant, and the chances of a woman becoming pregnant during any one month after the age of 40 drops to five percent. None of those statistics mean the quest is impossible, and most people know at least one woman in her 40s who has defied the odds.

At Any Age, Help is Available

The good news for women in their 20s, 30s or 40s is this: if getting pregnant doesn’t happen easily, there are more medical advances and expertise to help you conceive than at any time in history. There are also simple yet effective solutions, like using Pre-Seed Fertility-Friendly personal lubricant when trying to conceive. Pre-Seed feels natural so it can help make planned sex more enjoyable, plus it is formulated to allow sperm to move freely. And those benefits may help you get pregnant.