Knowing you are pregnant sooner gives you an early start on a healthier pregnancy for both you and your baby.

Most people know that missing a period may mean that you’re pregnant. But that is not the only early sign of pregnancy. If you're wondering "Am I Pregnant?", it's probably time to take a pregnancy test – especially if you're experiencing any of the following early pregnancy symptoms.

First Signs and Symptoms of Being Pregnant

For many people, feeling nauseous in the morning – or, afternoon or evening – is one of their first signs of pregnancy. Nausea – with or without vomiting – can occur any time of day beginning as soon as three weeks after conception and it’s one of the most common symptoms of early pregnancy. These bouts of queasiness tend to be caused by rapidly rising hormone levels, which cause the stomach to empty more slowly.

Beginning shortly after conception, many women find themselves taking more trips to the bathroom, especially at night. These frequent trips only add to fatigue (also a symptom of early pregnancy).

Why am I So Tired? Am I Pregnant?

Early in a pregnancy, progesterone levels peak, which can make you feel sleepy. High progesterone — combined with lower blood sugar levels, lower blood pressure and increased blood production — can leave you feeling drained. Many women in their first trimester find that the extreme fatigue is a telltale sign of being pregnant. Take it easy and get sleep while you can. 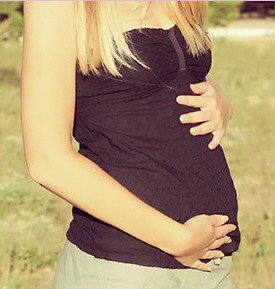 One of the first pregnancy signs women may notice is their breasts feeling tingly or sore, beginning as early as two to three weeks after conception. Breasts may also feel fuller or heavier.

If you suddenly want to dip potato chips in mayonnaise or eat a jar of pickles, you may suspect that you are pregnant. On the other hand, your favorite grilled salmon may suddenly make you turn up your nose. Food cravings and aversions are a common symptom of being pregnant. Like most early signs of pregnancy, food preferences are thought to be caused by hormonal changes, especially during the dramatic shifts of the first trimester.

Sometimes women notice a small amount of bleeding, known as implantation bleeding, very early on in pregnancy. This happens when the fertilized egg attaches to the lining of the uterus around 10-14 days after conception. Sometimes mistaken for a period, implantation bleeding is usually lighter, spottier and happens earlier than a menstrual period. Some women also experience cramping as the uterus begins to swell and change due to pregnancy.

Mood Swings as a Pregnancy Symptom

Another effect of those raging first-trimester hormones is feeling unusually emotional or weepy. Some women feel increased irritability, or swings from happy to sad that happen quickly. 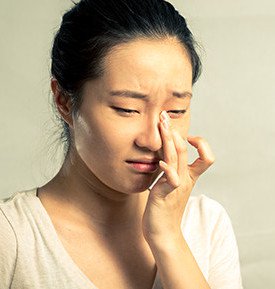 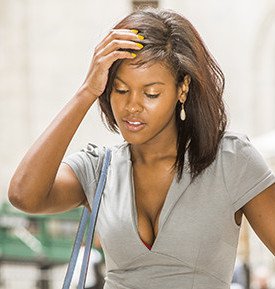 Along with fatigue and nausea, many women also feel dizzy or lightheaded during early pregnancy. Symptoms such as low blood pressure, dilating blood vessels, and lower blood sugar create these lightheaded feelings. Go slowly from sitting to standing and keep your blood sugar steady with small, regular snacks.

Increased production of progesterone means food makes its way through your intestines slower, often leading to constipation. The iron in prenatal vitamins can exacerbate the problem.

All of these early signs are a good guide to help you determine if you are pregnant, but they don’t provide definitive answers. If you are experiencing any of the above symptoms and could be pregnant, taking a pregnancy test will help you know.

The FIRST RESPONSE™ Early Result Pregnancy Test is the only at-home pregnancy test that can detect an early pregnancy as soon as 6 days before your missed period.1 Schedule an appointment with your doctor to confirm the result, and always check with your physician about any issues concerning your health. When it comes to pregnancy, knowing sooner makes a difference.

1 FIRST RESPONSE™ detects the pregnancy hormone 6 days sooner than the day of your missed period (5 days before the day of expected period).