How to Check if You Have Fertile Cervical Mucus 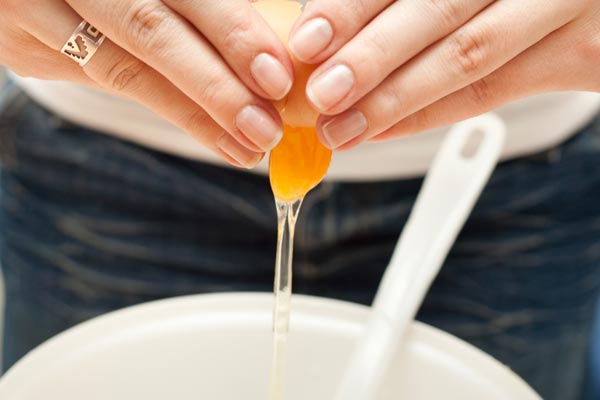 Cervical mucus, often abbreviated CM, may not have the most pleasant sounding name, but it is an important part of your everyday bodily functions. For trying-to-conceive, or TTC, couples, knowing how to check your cervical mucus, identify when it’s most fertile, and learn how to improve it can help you achieve your goal of pregnancy.

What Is Cervical Mucus and What Does it Do?

Cervical mucus is fluid secreted by the cervix, and it changes throughout your monthly cycle, depending on the amount of estrogen produced. The amount, color, and consistency of cervical mucus plays a role in your ability to conceive.

Leading up to and during ovulation, your cervical discharge changes. Fertile cervical mucus, also known as Egg-White Cervical Mucus (EWCM) should help sperm move towards the egg and provide nutrients for the long journey. Knowing how to check your own cervical mucus – and taking steps to help it be more welcoming to sperm – can be important to increasing your odds of becoming pregnant.

Some women are highly aware of what their cervical mucus is doing every day, while others have no clue unless they consciously make an effort to check. Whichever camp you’re in, it’s a good idea to check (if not track) your cervical mucus regularly when TTC so you can know when your discharge changes to indicate ovulation. Here’s how to make sure things are in tip-top shape down there.

Ways to Check Your Cervical Mucus

You might have to get your hands dirty to check for fertile CM. Actually, it’s best to start with clean hands because one way to check is to (carefully) reach inside your vagina with a finger. Sometimes you have to get all the way up to the cervix to find any. After producing a sample, roll it between your fingers and visually inspect it. Press your fingers together and slowly move them apart. Fertile cervical mucus should be clear, thin, and stretchy, similar in consistency to uncooked egg whites.

Another way to check your fluids is to wipe (from front to back, of course) with toilet paper and inspect your mucus on the toilet paper, again looking for clear, thin, stretchy ovulation discharge. Of course, this method won’t work if you do not produce enough CM.

Whichever way you check, be sure not to do so after intercourse because your own arousal fluids and semen can dilute your sample. For the same reasons, you should avoid checking it during intercourse or any other time you are aroused. Besides, it could be kind of a mood killer!

When (and if) your body produces highly fertile cervical mucus, it is typically described as egg white cervical mucus, or EWCM for short. That’s because, well, that’s what it should remind you of: clear, runny, and a bit sticky and stretchy, like raw egg whites.

This is what to look for in fertile cervical mucus:

Note: although it is called egg-white cervical mucus, highly fertile CM is not actually white. The comparison is to raw egg whites, like you would see after just cracking an egg.

In addition to tracking basal temperatures and other changes during your menstrual cycle, many TTC women also track their cervical mucus to identify their fertile window and ovulation days. Tracking by CM alone can lead you astray, though, as not every woman ovulates and your CM may not always accurately reflect where you are in your cycle. Plus, for whatever reason, some women do not produce adequate cervical mucus, or their CM is more hostile to sperm, making conception more difficult.

When performing the way we all hope it does, though, your body will produce fertile CM or EWCM in the days leading up to and during ovulation (known as your fertile window). As mentioned, the point of fertile CM is to provide a supportive environment for sperm on their way to the egg and keep them alive for up to 6 days while waiting for an egg. There’s no point in doing this if there isn’t any egg to lead the sperm to, which is why your cervical mucus changes throughout your cycle.

How to Improve Cervical Mucus

Now to the part most of you probably came here for. Some women find that they do not produce enough cervical mucus, or that the consistency is too thick and sticky to help sperm maneuver through the uterus and fallopian tubes. If you do not produce fertile CM, it can hinder baby-making plans. So how do you improve cervical mucus? Unfortunately, there are a lot of myths that aren’t backed by science.

Here’s the low-down on making CM more watery or egg white-esque to help sperm move towards the egg.

FIRST RESPONSE™ worked with the National Institute of Health to research and design Pre-Seed Fertility-Friendly Lubricant to help couples improve their odds of conception. If you’re one of millions of women whose cervical mucus – for whatever reason – isn’t the best consistency or quantity to support sperm on their journey to your egg, then supplementing with Pre-Seed™ Lubricant will provide the kind of pH-balanced, sperm-safe environment that sperm can easily swim through. Insert directly into your vagina before intercourse in the days surrounding ovulation to help make it easier for sperm to locate your egg and begin your pregnancy journey.