When Infertility Robs You of Those Two Pink Lines 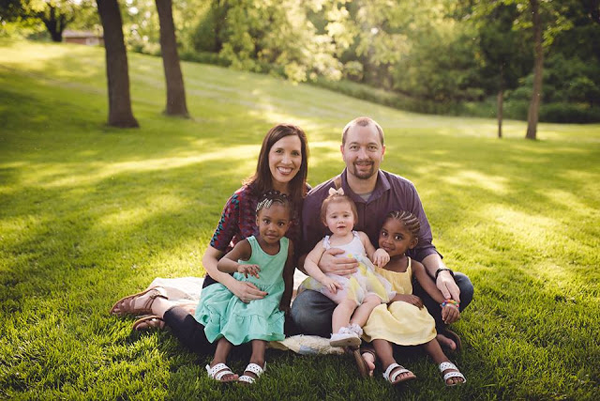 Shelley works in partnership with First Response to share her pregnancy stories. This story was originally featured on her blog, Shelley Writes.

I’d toss and turn all night.

Like so many women in the trenches of infertility, I spent years dreaming of taking a home pregnancy test before the "two week wait” was over. I wanted nothing more than to surprise my husband that he was going to be a dad.

He thought we’d wait for a blood draw at the RE’s office two weeks after his swimmers were shot up my you-know-what with a catheter. But I had my own plan of seeing those two pink lines in the comfort of our bathroom and surprising him early with the news of impending fatherhood.

I’d buy the First Response Early Result Pregnancy Tests -- the tests that could reliably detect pregnancy early -- and hoard them in our bathroom cupboard. I literally had dozens of them.

I’d unfold the instructions and carefully let a stream of hope flow onto the plastic stick.

But each morning, the test would end up in the trash and I’d end up with wads of tissues shoved up my nose while I wept on the bathroom floor.

For an entire year, this would continue. Month after month, infertility robbed me of the gift of seeing those two pink lines.

Eventually, the dozens of negative pregnancy tests in the garbage can were enough. And the physical and emotional tolls of failed infertility treatments were too much of a burden for my husband and me to carry.

While we flashed smiles when friends and family members announced their pregnancies, we grieved the loss of having biological children together. And quietly – on my own time – I also grieved the loss of being able to surprise my husband with news of a pregnancy; it was a gift it seemed all the women in my life were able to provide, except for me.

It seems silly, doesn’t it? To grieve the loss of something so tangible as a positive pregnancy test.

But for those of us who have walked through the trenches of infertility, it felt unfair to never have that outcome.

I wanted to cry tears of happiness and shock over a peed-on piece of plastic on my bathroom countertop. I wanted to wrap up the white plastic stick with two pink lines in a fancy gift bag and hand it to my husband when he got home from work. I wanted to see him cry tears of joy over the news that he was finally going to be a dad.

I wanted what it seemed everyone else had. But it never happened.

Even five years later when we found ourselves spontaneously pregnant after adopting two beautiful daughters, I still didn’t experience the elation that comes with seeing those two pink lines.

Long over were my days of ovulation kits and pregnancy tests. I’d stopped charting and keeping track of my cycles years ago.

But on an August morning I found myself twiddling my thumbs in a new doctor’s office. I wasn’t feeling well and thought the stress of our recent move to a new city was taking a physical toll on my body.

It had been awhile since I remembered getting my period, but I wasn’t keeping track and it certainly wasn’t abnormal for me to skip a cycle or two.

We knew pregnancy wasn’t in the cards for us and despite my extensive history with infertility treatments, this new doctor wanted to rule it out before moving along. To appease her, I reluctantly walked to the women’s restroom and provided a urine sample. I rolled my eyes when I did it because I hadn’t taken a pregnancy test in years, and I felt like she refused to acknowledge the struggles we had gone through.

Minutes after handing over my plastic cup to the lab tech, though, I found myself in a state of shock.

“Congratulations!” the doctor walked into the exam room. “You’re pregnant!”

I wanted to grab her stethoscope and white lab coat and pull her in close, but instead I cried. I sat on that cushioned clinic bed lined with a sheet of crinkly white paper and wept at the surprise of a lifetime.

I was terrified and overjoyed and worried it was a false positive. I didn’t actually see the test or the two pink lines I had dreamed of so many years prior. Was this doctor sure? Should I take another test? Was it accurate? Are her eyes reliable? Can she even see straight?

She referred me to an OB office where I burst into tears at the flicker of a single heartbeat on an ultrasound and learned I was nearly 10 weeks pregnant. The remaining weeks, as many of you know, would be a whirlwind.

While we were thrilled and surprised and in complete denial that somehow we were able to experience what we had hoped and prayed for so many years ago, I’d be lying if I said part of me still felt robbed of getting to experience what it would feel like to find out the “old fashioned way.”

As luck would have it though, it’d be less than a year later when I’d get that chance.

While at the supermarket, I was overtaken by the smell of a stranger’s cologne. I hadn’t been feeling well and my cycles hadn’t been regular since giving birth to our daughter 10 months prior.

I impulsively snagged a pregnancy test off the shelf and threw the familiar pink box into my shopping cart. I brought it home with our groceries and hid it in our bathroom. I didn't think much of it…until the two pink lines showed up, that is.

That’s when I experienced that moment – the extraordinary moment I had dreamed about for so many years was right there on my bathroom counter.

I sobbed in our bathroom as my knees hit the floor. I clenched that plastic stick and my heart nearly raced out of my chest as I stared in amazement at those life-changing lines in front of me.

Perhaps it was the twisty road we’d traveled with building our family, but those two pink lines represented so much to me in that moment.

I felt like we had officially beaten infertility, and the proof was right in front of me.